You see some strange sights walking to work. Take earlier this week. I was taking my normal route from the train station to the office which involves walking past a large coffee shop in the city centre. At that time of the morning there are normally a smattering of workers sitting outside getting their last hits of caffeine and nicotine before reluctantly dragging themselves back into the rat race.

This day was no different. I half glanced in the direction of the coffee shop before walking on past it, no doubt day dreaming about my next award winning blog. But then I heard it. A woman’s voice speaking loudly in a foreign language. Appalling  linguist as I am even I was able to tell that she was speaking (or shouting) in French.

The shouting continued. I looked over to see a well dressed elderly lady sitting outside the coffee shop. She was shouting across the street. Thinking she was a tourist (yes believe it or not Belfast has quite a few) I naturally followed her gaze to see who she was talking to. A grandchild who had perhaps strayed too far. Or a husband taking photographs of a sedentary pigeon or passing bin lorry.

There was nobody there. Oh there were people about. But it was quite obvious that none of them knew this lady from Adam (or Eve) and were studiously avoiding making eye contact with her. Hoping she would disappear if they did so long enough. Or at least shut up in order to save their embarrassment.

I did the honourable thing. I put my head down and walked on as well. Not something I was particularly proud of. But I had a meeting to go to and the last thing I needed was trying to communicate with a French pensioner when my sole topic of conversation would have been telling her my name and where I live – Je m’appelle Stephen. J’habite dans Belfast.’

I felt sorry for the lady. She clearly had some kind of mental health issue. She seemed bewildered and confused. Maybe she was asking for help. But nobody understood. Or took the time to understand. Worse still would anyone have stopped to assist her if she was shouting in English? I have my doubts.

I saw and heard enough to act. But I did not. Just like in your sphere of influence today you will walk past people clearly in need of your help. The desperate, the addicted, the broken. Some are more visible than others. They can be sitting begging on the street corner. But they are just as likely to be found in your classroom, office or neighbourhood.

You might not be able to do much. But do want you can. Where you can and when you can. Be a light in their world. For the light will always overcome the darkness. 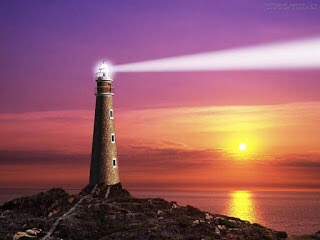 Do you know somebody who needs your help today?

What could you do to help them?

How many languages can you converse in?

4 thoughts on “The French Lady”