As a teenager my first serious crush was the 80’s pop singer, Belinda Carlisle. And by crush I mean obsession. She occupied every waking moment of my day. My bedroom was plastered in posters of her. ‘Heaven Is A Place On Earth’, her massive hit, was played on a constant loop.

I swooned and daydreamed over her videos and dreamt of a day when I would enter her life, effortlessly capture her heart and live happily ever after in the Hollywood Hills. The fact that she was already married to a millionaire film producer was a mere detail. This from a teenager who, if a girl had spoken to him then, would have clammed up, broken into a cold sweat and bolted to be sick in the nearest toilet. 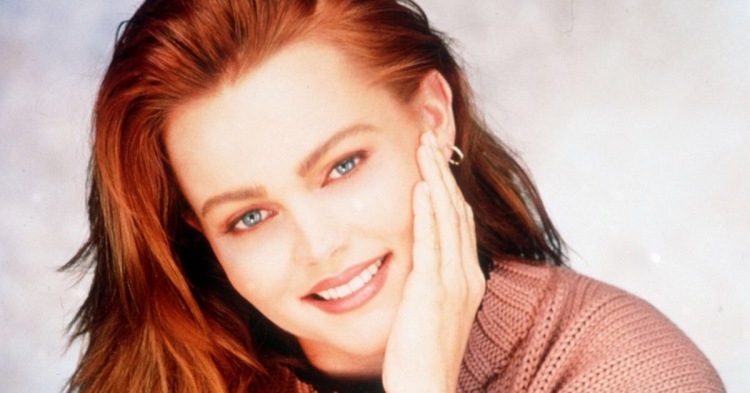 The one and only time I ran away from home was when my parents would not allow me to go to a Belinda Carlisle concert in England. I made it as far as the town limits on foot before my father pulled alongside me, told me to stop behaving like a spoilt child and get in the car. I got in the car without a whimper.

Tbe next year tbe crush (read unhealthy fascination) was still raging when she announced she would be playing Belfast on her upcoming tour. No doubt weary of a repeat of the previous year’s histrionics my mother and father agreed to drive my sister, my best friend at the time and me to the venue, some seventy miles away. I was finally going to meet the love of my life.

The next few months dragged as I awaited the fateful day. When it arrived I was chauffeured to the venue, a bundle of excitement and nerves. We pushed our way up to the front and awaited her arrival. When she did I was gobsmacked as my brain struggled to process the fact that my idol was right there in front of me in tbe flesh. Heaven indeed was a place on earth called the King’s Hall, Belfast.

The next ninety minutes passed into a blur. When she sang she was singing to me. When she looked into the 7000 fans she was looking at me. At one point I was so close I was convinced that a sliver of saliva left her mouth whilst she was singing and struck my outstretched arm. I would never wash that arm again. It was a covenant of my unending love for her. A holy relic.

For months afterwards I lived in her tour t-shirt and endlessly replayed concert memories in my mind. But as the year passed and I left home and started at university the light in my heart for her dimmed a little, day by day. I adopted new heroes such as Kurt Cobain (RIP) and Eric Cantona, the Manchester United legend.

The posters began to come down to be replaced by posters of Nirvana, Metallica and later, Oasis. I listened to her music less and less. It was unimaginable for a metal/rock fanatic like myself to be caught listening to 80’s sugary pop. I even started talking to real girls. Usually with disastrous results but, hey, I was trying.

All these years later I still have a fondness for all things Belinda. When I hear her songs on the radio I think good thoughts and relive happy memories. Bar the leaving home episode. It was a harmless teenage crush. I imagine we all have been there. She was my goddess. My idol. My obsession. I was addicted to her.

As I progressed through my adult years other less harmless idols and obsessions emerged. Alcohol, social media, unhealthy and inappropriate relationships. They all sought and failed to fill the gaping void in my soul. The need to fill it overwhelmed the little common sense I had. I knew what I was doing was wrong. I knew it was hurting my loved ones. I tried a million times to stop. But I couldn’t. Not on my own.

When I became a Christian four years ago I handed that all over to God. I had already stopped drinking and taken up running. I stopped swearing literally overnight. But I won’t lie and say it has all been a walk in the park. I have still struggled. I have still succumbed to temptation and messed up. I have still needed to go back to basics over and over. But I am getting there. Slowly.

My tastes have not changed that much. I still love heavy rock music and Manchester United. But I have new idols now. Biblical ones like Abraham, Moses, David and Peter. All deeply flawed individuals who were used by God to change the face of human history. All paving the way for the ultimate superhero. Jesus Christ. Who I aim to serve in anyway I can.

Thanks to him I am seeking to create my own little piece of heaven on earth.

Mark 1:16-18 – ‘As He was going along by the Sea of Galilee, He saw Simon and Andrew, the brother of Simon, casting a net in the sea; for they were fishermen. And Jesus said to them, “Follow Me, and I will make you become fishers of men.” Immediately they left their nets and followed Him.’

Who was your teenage crush?

What was your first concert?

How are you creating heaven on earth within your own sphere of influence?

33 thoughts on “The One Where Belinda Carlisle Spat On Me”