I have Obsessive Compulsive Disorder (OCD). This is a mental illness whereby distressing, intrusive thoughts enter my head and refuse to leave. These are known as obsessions. The only temporary reprieve is to perform a physical or mental routine, the compulsion, in an attempt to force the intrusive thought from my mind. It invariably returns, however, often stronger than before. The compulsive act reinforces the impulsive thought. It is an ever decreasing circle, a cycle of despair. 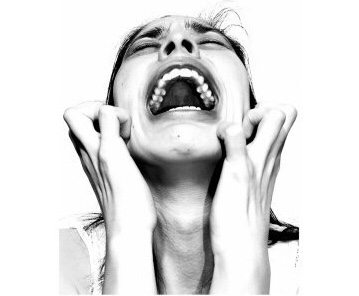 One of my earliest OCD memories as a young boy revolved around the fireplace in our family home. It was a coal fire and my mother kept a metal poker on the fireplace in order to rake the ashes. It was nothing. Just an insignificant piece of metal, an inanimate object which served little purpose other than as I have described above.

It was to become the centre of my universe.

I don’t know how or when it started. But unless the poker was in a certain position on the fireplace I would be overcome by wave upon wave of anxiety and worry. Like a boulder sitting on my chest. I was consumed by it. I could think of nothing else and would wait until the living room was empty before scurrying over to the fireplace and setting the poker in exactly the position I needed it to be in. This would alleviate my distress.

Until the next time.

I was embarrassed at having to do this so did everything in my power to ensure that nobody became aware of my fixation. Because it was insane right? But my mother had been watching and one day asked me why I was doing it. I was mortified and had no real answer. Why was I doing it? I don’t remember what I said, but I do remember the feelings of guilt and shame that followed.

I didn’t know what OCD was back then. I felt like I was a freak, a weirdo, an outsider. Something inside me was not right. I was broken and could not be fixed. My obsessions and the resulting compulsions dominated my life. They became my idols and I was brought to my knees time and time again at their altars. I was powerless to resist.

They made me the man I am today. The man I have been working so hard to change. This blog is part of that transformation. I am a work in progress but there has been progress. My OCD is largely under control now thanks to a combination of medication, education and a supportive and loving family. I still display OCD traits and have bad days but the good days outnumber them.

I have slain my idols.

Is your life being controlled by a false idol? It could be a toxic relationship, an addictive behaviour or a mental illness. It is the centre of your universe and try as you might you cannot kick it. To do so would cause your world to shatter into a million pieces. You are paralysed by fear, alone and confused. I see hundreds of posts a day about these false idols. Good people consumed by despair and depression.

You are not alone. I might not comment on your posts because sometimes I don’t know what to say. But I pray for you. There are thousands of us like you. Open your eyes. Be brave. Reach out and ask for help. Do not let your situation dictate the direction of your life. Grab the steering wheel now. Get off that road you are on. You can do this. If I can then so can you.

I believe in a God. You may or may not. But even if you do not share my beliefs do not allow false gods to ruin your life. Drugs, alcohol, sex, money, people. They do not control your destiny. You do. Turn your back on their altars of anarchy. Walk away. I am walking with you. For we are many and this path is well travelled.

Walk away. I know you can.

Have you allowed false idols to enter your life?

How are you coping with this?