Over the last few mornings I have launched covert dawn operations at chez Black as I have attempted to extricate myself from the house and head off to work without waking Fionnuala and the kids who are still on their Easter break. As I normally move around the house with all the finesse of a hamstrung hippopotamus this has required previously untapped resources of stealth and balance on my part. But, all round good guy that I am, I resolved to be as quiet as Quiety the Mouse so as not to disturb their slumbers.

I ironed shirts, raided sock drawers and packed gym bags on tip toe avoiding squeaky floorboards with the grace of the nimblest of ninjas. I put the bins out and you could have heard a pin drop…. if I’d had one to drop. I waa Silent Stephen performing backward flips and forward rolls with the athleticism of an Olympic gymnast. Alright I may have made that last bit up but you get my drift. Whereas our house around 6:30 am on a week day normally resembles Piccadilly Circus at rush hour it has been an oasis of calm these last two mornings.

As I drove into work I reflected proudly on my efforts, pleased that all my sneaking about had achieved its goal of allowing the rest of the family a lie in. Apart from Charlie the Dog but he needed out for a wee anyway and had been giving me strange looks from his cage as I crept around the kitchen. I shared my toast with him which seemed to buy his acquiescence so all was well. Yes I was like the incredibly quiet cat who got the cream as I hurtled down the road towards the office. 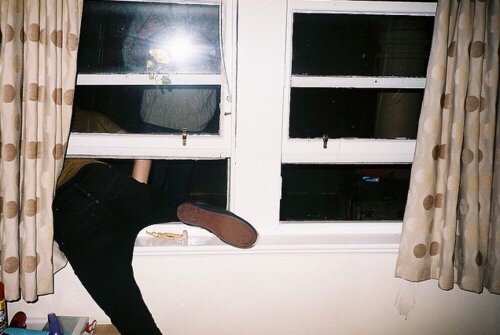 But then it hit me. A few years ago I spent most of my life sneaking around the house. But for entirely selfish, as opposed to selfless, reasons. Back then my very existence was founded upon lies, secrets and deception. It became second nature to me. I told so many lies that I even believed them myself half the time. Much of my time was spent either concealing the truth or struggling to remember the nonsense I had come out with for fear of being tripped up. I felt increasingly unhappy and depressed about the life I was leading. I was a fraud and a failure. My mental health suffered and I simply could see no way out.

Things inevitably came to a head and I was dragged out into the light as opposed to of my own volition. Whilst incredibly painful at the time for myself and my loved ones we emerged on the other side stronger and wiser. I came to realise that living a double life was neither clever nor exciting. The only person I was fooling was myself. I was travelling in increasingly decreasing circles and becoming a prisoner in a cell of my own making. I was miserable and forever in fear of being found out. I was sick. Sick of myself and sick of the direction in which my life was heading.

Nowadays I don’t keep secrets. There is great freedom in waking up in the morning and not worrying about what I said or did yesterday. It was an exhausting existence and one I would not recommend to anybody. If this post strikes a chord with you I want to tell you that you’re not alone and it’s not too late to turn your circumstances around. Stop and think of the damage you are causing. To yourself and others. You have a choice. Either you can continue as you are in which case I can guarantee you the situation will only deteriorate. Or you can be brave and make a decision to change.

It might be painful. Oh who am I kidding, it will be painful. But the long term gain will outweigh the short term pain even if it might not seem that way at the time. Shake off the shackles of secrecy and stride into a sanctuary of safety and serenity. Cut your ties with toxic relationships and walk away from the demons of your past. Your present is bright and your future is even brighter. You are better than this and you were created to achieve so much more than skulk in the shadows. You need to hold your head high and walk out of the self inflicted storms you are wandering through aimlessly.

So what do you reckon? Are you going to start today? By ditching that rucksack on your back which has been weighing you down for so long. By kicking it to the kerb and starting afresh. Afraid to take that leap of faith? Feel there is too much at stake and you can might lose everything? Believe me it’s nothing compared to what you will lose if you allow the status quo to continue unchecked. You will be found out. It’s only a matter of time. Make the change today. Now. Before it is too late. Before you’ve allowed it all to slip through your fingers.

What are your experiences of lies and secrets? Have you been a victim or a perpetrator?

Are you in a dark place now? Are you willing to change?