I’m posting a weekly running update as the Belfast Marathon is only 22 days away. It’s crept up so quickly and next weekend I will have my final long run of 21 miles before I ease back on the mileage, known as tapering, in advance of the big day. This week I’ve ran roughly 30 miles so it’s been pretty steady with no spectacular distances or times. Next week will be a different kettle of fish, however, which should see my training cycle peak at 50 miles.

I’ve been watching a lot of the Commonwealth Games over the last two weeks and was saddened to see top Scottish distance runner, Callum Hawkins, collapsing a mile from the finish in the men’s marathon when leading by over two minutes. It was a very distressing sight and shows that even the best runners cannot take the 26.2 mile event for granted. I hope he recovers from the physical and mental effects of the experience and returns better than ever.

I’m not sure what went wrong with Callum; whether it was his hydration strategy, pacing or the infamous wall that many runners hit in the final miles of the event. I was asked during the week do I not get bored during a marathon. What do I think about to pass the time? The scenes of Callum Hawkins collapsing prove that it is impossible to be bored during a distance race. Your mind is constantly processing information regarding the route, weather, road surface, hydration, gels, pacing and other runners.

You’re also dealing with the internal struggle. The voice in your head constantly doubting your ability to complete the race, telling you to give up and stop. It exaggerates every little niggle and turns each climb into Mount Everest. There is no hiding place in the marathon. Unless you have prepared to the best of your ability it will find you out, chew you up and spit you out at the side of the road. To me it is the ultimate physical and mental challenge which is why they mean more to me than any other distance.

Marathons are exhilarating, exhausting, excruciating, frustrating and heart breaking. But don’t ever call them boring. 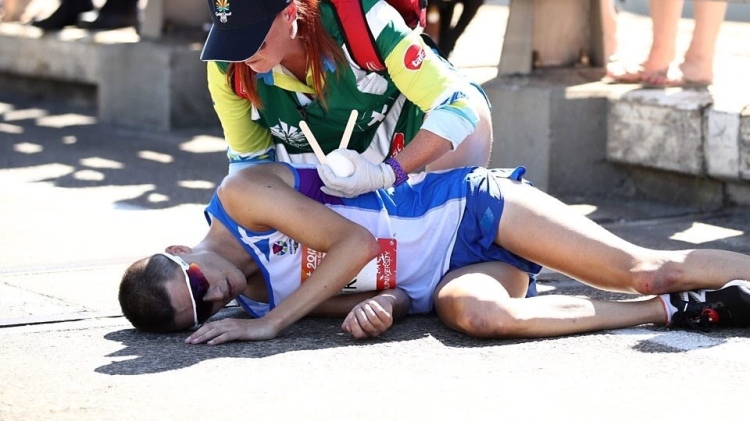 33 thoughts on “Are Marathons Boring?”