My anxiety levels were fairly high yesterday morning as we set off to attend the wedding of Fionnuala’s brother, Gearard, to his fiancée, Emma. Ever since I gave up drinking five years ago I have struggled at social events, especially those where I have to interact with people I don’t know. Alcohol was my crutch to get through these occasions. I was always the first person to get drunk and usually ended up sleeping in the corner just as the party was getting going.

My strategy yesterday was to keep busy and ensure Fionnuala and the kids had a great day. Hannah had to be a bridesmaid and the other three all had roles during the church service. All I had to do was turn up in a suit and not embarrass my daughters with my ‘dad dancing.’ I had been well warned beforehand. The second I started busting out my moves was the second I would be forcibly evicted from the venue.

I spent the morning performing taxi duties ferrying Fionnuala, the girls and my beloved mother in law to and from various hair and beauty salons. I also paid a visit to the florists to collect button holes as well as ferrying the worryingly relaxed groom from his house to where the car would be coming to convey him to the chapel. Some of the men had a beer beforehand but I stuck to the Diet Coke.

The service ran smoothly. The bride turned up five minutes early. Hannah looked amazing and performed her role perfectly while a bird flew around the rafters of the chapel for the entire service leading the priest to comment that the Holy Spirit was well and truly in the building. The weather was mild and dry which is basically all you can ask for in the land of driving rain and bitter cold. 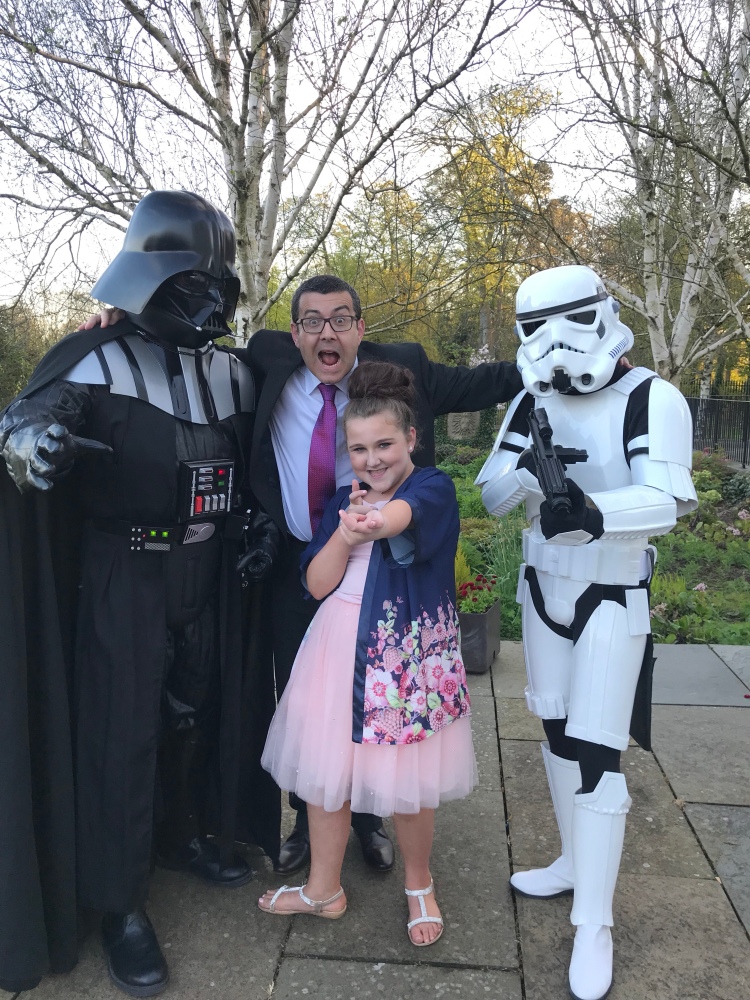 When we arrived at the reception venue there was iced beer and sparkling wine on the patio overlooking the lawns. This would have been the beginning of the end for the old Stephen as I would have enthusiastically launched myself into the complimentary alcohol. I would have been drunk well before the meal and speeches and no doubt making a total fool of myself in the process. Weddings were always a disaster for me in that respect.

I had no internal shut-off mechanism when I drank. I was a binge drinker and would consume as much beer as I could as quickly as I could. My sole objective was to get inebriated as this killed my innate shyness and social awkwardness. I thought I was the life and soul of the party when in reality I was the talk of the party. And for all the wrong reasons. It wasn’t a pretty sight. Even worse was the sight of me the next day. Horribly hungover and gripped by self pity and a fear as to what I had said or done the previous day.

Today, however, I woke with a clear head. Tired, yes, but still able to run 10K, my final training run before the Belfast Marathon. I was out of my comfort zone yesterday. I’m not very good at small talk and feel uncomfortable around people drinking alcohol. The temptation is no longer there but it brings back a lot of bad memories. I did my best, however, to get into the party mood and, most of all, ensure that Fionnuala and the kids had a great day.

In the end they did. And so did I. The meal was great and the speeches entertaining. I even got a mention in the groom’s speech. Afterwards there was cake, a magician and Star Wars figures. Well it was May the Fourth after all. Hannah even allowed me on the dance floor to shake my thang towards the end of the night. There is video evidence of my shape throwing somewhere on Facebook apparently. We didn’t get home until almost two in the morning. A great day.

Are you socially awkward? How do you deal with it?