This was meant to be a weekend of celebrations. The Royal Wedding of Harry and Meghan and, more importantly for the men in the Black household, the small matter of the F.A. Cup Final at Wembley between the mighty Manchester United and the not so mighty Chelsea. Harry and William normally attend the final so poor planning on the part of the ginger prince. I wonder if he will have it on at the reception?

The blog also celebrated its first birthday. Yes a year ago this weekend I posted my first rambling thoughts and it’s been downhill ever since. I wanted to thank everyone again for their support and encouragement over these last crazy 12 months. This blog has helped restore my faith in both myself and in my fellow man (and woman). It has breathed new life into old bones and a tired heart. It has been part of my regeneration.

I have proven some people wrong and I hope others right. Those who believed in me and showed faith in me. I also hope I have begun to repay some of that faith back but I know I still have a long road ahead of me. Today I also wanted to share exciting updates on my writing and running projects. Important milestones reached and fresh challenges ahead. All that was placed on hold, however, when we received the news late last night of the death of an old boss of mine.

He had recently retired after a successful policing career where he held senior positions in England, Northern Ireland and Canada. He was a mere 57 years old but as fit as a fiddle. He once cycled the perimeter of Northern Ireland in four days to raise funds for a charity close to my heart. He died peacefully in his sleep of natural causes. The suddenness and close proximity of death once again crashes into our lives scattering our grand plans and schemes in all directions. It cares not. It goes where it wants, when it wants. That is the way of death.

He was a hard taskmaster with high standards but he was also fair. He pushed me when I didn’t want to be pushed and didn’t think I could achieve anymore. He helped mould me into the investigator I am today. He was good to me, had a wicked sense of humour but also a kind heart beneath his stern and imposing work demeanour. He was equally generous towards Fionnuala and the kids. He became a friend to us all with his infectious laugh and cocky swagger.

Blogging is a selfish vocation so I’m naturally going to turn this around to myself. How do I feel? Well, very sad that he is gone and more than a little angry that he is. Angry with myself for not keeping in closer contact with him and angry with God for once again allowing bad stuff to happen to people we care about. I want to know why. But I know my prayers will be met with silence. They always are.

I also feel strengthened. More determined to forge ahead and attain the goals I have set myself in the years I have left. I refuse to take my foot off the accelerator or let the doubters and the mockers drag me down. I refuse to let my many flaws and weaknesses derail me from the path I am currently on. I want my family to be proud of me. There is still so much to do, so much to achieve.

So rest in peace John wherever you are today. I imagine you are cycling hard on some long, straight road with the sun beating down on your back. You lived a short life but you lived it with vigour and purpose. You squeezed every last drop out of it. Thank you for teaching me to look beyond the comfort zone where life is tougher, but ultimately, so much more rewarding and satisfying. I have many reasons for carrying on. You are now another one. 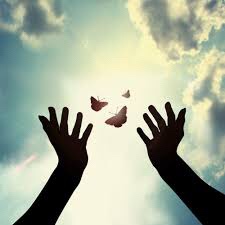 56 thoughts on “We Lost A Friend Today”