No medicine is strong enough

But I just can’t

It isn’t in my blood.

Not the words of Stephen Black, average blogger and wannabe author. No, they were written by Shawn Mendes, multi million selling singer/songwriter and teenage heartthrob. Although to be fair we do look very alike. How do I know this you ask? Because Mr. Mendes has stolen the heart of our eldest daughter, Hannah. And his music has been a constant auditory backdrop at Chez Black for the last three months or so. As in incessant. Think Guantanamo Bay interrogation techniques incessant.

We have been exposed to the entire Mendes experience in recent weeks. There has been tension as he has drip fed new songs online to his adoring army who, I am reliably informed, are known as the Mendes Army. In my day you went to a ‘record store’ (ask your parents) and purchased the cassette tape (ask your grandparents) of your favourite artiste on its release date. Money was exchanged. You interacted with another human being. Strange times, I know.

Two weeks ago his world tour dates were released. He was coming to Dublin! Hannah almost passed out. But that was nothing compared to last week when Fionnuala purchased tickets for Hannah and herself to the concert. I think you could have heard Hannah’s screams of delight in Dublin, if not Canada itself, the home of young Mendes. Well, there goes my overtime for last month. But at least I have a very happy daughter.

Despite my best efforts ‘In My Blood’ has wormed its way into my brain like one of those wriggling alien lifeforms always does in science fiction movies. I have found myself involuntarily humming it. Feet have been tapped and rumours of dad rapping to it are not entirely unfounded. I only knew the words to the chorus though and, whenever it came round, would burst into song much to the embarrassment of my mortified teenage daughter.

At dinner the other evening the topic of Mr. Mendes came up. It eventually does in any conversation with Hannah. She was asked what ‘In My Blood’ was about to which she very eloquently explained that it was about Shawn’s own mental health battles with loneliness and anxiety. I was intrigued so googled the lyrics which are partially listed above. I was slightly shocked and more than pleasantly surprised. It was if the song was written about me.

On the surface Shawn Mendes is a hugely successful, talented, confident young man with the world at his feet. Money is no object, he’s on the A list of every party and he could have any girl he wanted. Except our Hannah’s, he’s too old for her! Yet even someone like him can be struck down by the demons of the mind. It is further evidence that nobody is immune to mental health issues in society today. It is reaching epidemic proportions.

It is encouraging that role models like Mendes can come out and discuss their struggles in the media. That takes courage. I will no longer look upon him as just another pretty boy pop star adorning the bedroom walls of my daughter. And I feel slightly less bad now about the dent our bank account has taken over those ticket prices. I’m already undergoing counselling in advance of when she hits his tour merchandising stall in Dublin next April with my debit card.

If you are struggling with your mental health then today is the day to do something about it. Talk to someone about it. It is nothing to be embarrassed or ashamed of. Get the help you need in order to live the life you were born to live. Do not allow it to rule your life for you are not defined by it. You can get better because you are better than it. Speak up and break free. Don’t be a slave to it.

It isn’t in your blood….

Please feel free to share any comments or thoughts you have on this post. It’s good to talk. 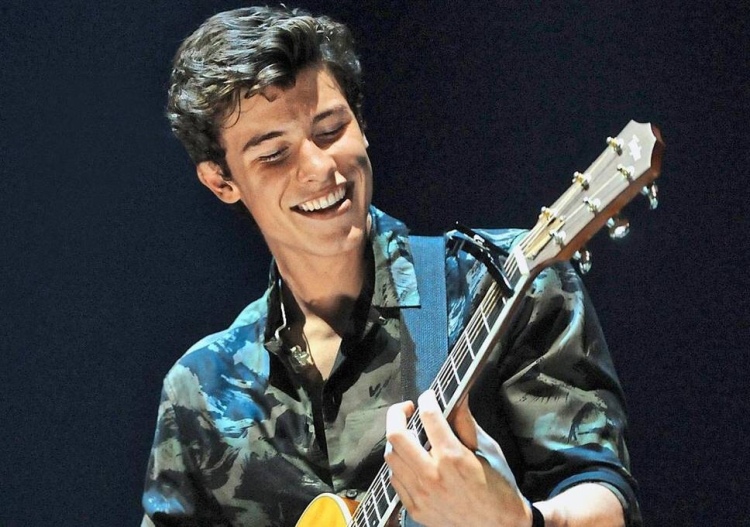