There is a scene in The Simpsons where Homer finds himself facing a big red button with a large ‘Do Not Touch’ sign above it. You can see his tiny brain wrestling with temptation before he finally cracks and presses the button. Predictably enough, all hell breaks loose. DOH! Homer once again proves himself to be the bungling buffoon that we all love to laugh at. Because none of us would ever do anything so stupid, right?

Er….wrong. I can only speak for myself but I have lost count of the number of times I have faced the same button and succumbed. I know what I am doing is wrong and I know that it will all end in tears. Yet, I do it anyway. And guess what? All hell breaks loose. A decision that takes less than a second to make can lead to a lifetime of repercussions. The ripple effect of your actions can also spill over in the lives of countless others. People we love and care for.

So then why do we do it? What causes the Homer gene to kick in and allow logical, rational thought to fly out the window? When the chips are down why is our integrity and moral fibre nowhere to be seen? There is a saying – the grass is greener on the other side. We are never content with what we have, we always want more. And we are arrogant enough to believe that we can attain it without having to pay a price. A heavy price.

Take King David, a man after God’s own heart. That’s quite the title to live up to – one would imagine that he would be beyond reproach, as pure as the driven snow. He had everything; wealth, fame, more camels than you could shake a stick at. But it wasn’t enough. He became bored and lazy. Rather than leading his men in battle he preferred to lounge about his palace, partying the night away and then rising late the next day.

That’s when he saw Bathsheba. The rest, as they say, is history. His weakness and lack of control led to the death of his son. He paid the heaviest of prices. The Bible is riddled with such weak characters. Men who made bad decisions which ended up backfiring horribly. All because they weren’t satisfied with what they had. They always wanted more – more money, more women, more land. More, More, More. Well, sometimes less is more.

Fionnuala has a favourite saying – if the grass looks greener on the other side then you need to get watering your own side. They are wise words. Focus on what you have around you. You are on that side of the river for a reason. It is where you belong. Over reach and you will either drown in the crossing or realise when you get there that all is not what it seems. All that glitters is not gold. Paths of gold turn out to be the paths of the dead. From where there is no return.

We all have a self-destruct button, an Achilles heel, a chink in our armour. The trick is to be aware of it and put in place processes and people that allow you to overcome the urge to press the button when it is at its strongest. For urges pass. Temptation is not a permanent state of mind. And if you can tough it out you will emerge unscathed on the other side. Do it once and the next time it will be easier. Exposure leads to resilience and resilience culminates in victory.

I did it and so can you. Get watering. Look around. Be grateful for what you have. The other side is a mirage, a lie. Remember these words the next time you are tempted to eat, drink, snort, cheat, lie, whatever. Tell the button to butt out. Say don’t as opposed to doh. Look closely and you will see the other side for what it truly is. A graveyard of weeds. Just waiting to choke the life out of you.

Have you pressed the button before? How did that work out for you?

Are you tempted by the button today? What are you going to do about it? 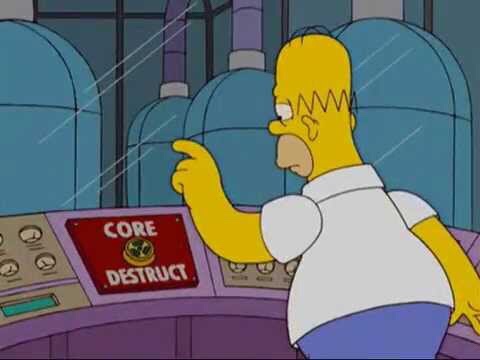 25 thoughts on “Don’t Press That Button”