I am supposed to be running the Longford Marathon in two weeks time. It was the target I set myself after completing the Belfast equivalent in May and some of you may recall I blogged about my intentions at the time. I thought it was a realistic proposition and I could juggle it with all my other competing priorities. I had before, right? I’m Super Stephen and you name it I can do it.

I’m not super. Far from it. And as I neared Longford I realised I wasn’t quite there. I was a couple of long runs short of where I needed to be. My times weren’t quite right, my diet hadn’t been great and other matters had meant the running had slid further down the pecking order. There have been family issues, work demands and the little matter of wrestling with a 120,000 word manuscript.

This has sucked both time and energy from my sails. I have been left stranded in the running doldrums. So I’ve taken the decision to miss out on Longford and instead aim for the Causeway Coast Marathon at the end of September. It ticks a lot of boxes for me at the moment. It’s closer than Longford and offers a greater challenge as it incorporates road, trail and beach sections.

The latter mean that it is not a Personal Best course. I can take my time and enjoy the experience, take in the amazing scenery and not place myself under quite as much pressure. Because, whilst pressure can inspire and motivate, it can also deflate and crumple dreams and ambitions. At the minute I’m trying to convince the voice in my head that I’ve made the right call.

The voice that nags and niggles my every thought, telling me that I’ve bottled it and taken the easy way out. I’ve fought this voice for most of my adult life. It has been at the heart of many of my most spectacular personal car crashes. Always pressing the accelerator and taking stupid, unnecessary risks when I should be adhering to the speed limit and checking my rear view mirror at regular intervals.

Although not defined or restricted by her disability, Hannah’s spina bifida means she requires our constant care and attention. Fionnuala’s health has not been great this summer either and Rebecca starts junior high school next month. Adam is about to start a big year as well, both academically and with regards his rugby. They all require me to be around, as a husband and father.

Something has to give and, this time, it is the Longford Marathon. Who knows, Causeway Coast may have to give as well because there simply aren’t enough hours in the day to squeeze it all in. And if the voice regards that as failure then so be it. I’ll take that one on the chin. I believe it requires more courage to say no and hit the brakes as opposed to careering blindly over the edge of the cliff.

This is not defeat. Defeat is letting the enemy crush you so that you can never rise against it again. Call it more a tactical retreat. The most skilful strategists play the long game, they consider the bigger picture. They soar like eagles above the battlefield, seeing everything. They are blue sky thinkers, 20/20 generals. Wisdom is a 360 degree perspective. I want to soar with them. So farewell Longford.

Are you winning your battle?

What does the voice in your head say? 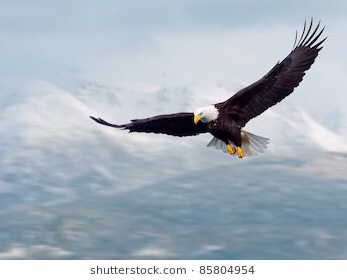 46 thoughts on “Losing The Battle….Winning The War”