The 17:00 express train from central Belfast to Portadown is normally packed. As in standing room only. Even sardines would find it a tad oppressive. If you have issues with personal space or spending 25 minutes with your face crammed into a stranger’s armpit then I suggest you avoid it. This is the less than perfect environment where I do a lot of my writing. I bet Tolkien didn’t have these problems.

Yesterday started like any other commute home. Having battled my way onto the carriage I was prepared for the usual torturous experience but, lo and behold, there in front of me were not one, but two, empty seats. Displaying an acceleration that Usain Bolt would have been proud of, I lurched forward in order to secure one of them. I felt like Charlie when he opened the wrapper to find the golden ticket to the Chocolate Factory..

Having hit paydirt I braced myself for the expected cavalry charge as my fellow passengers fought tooth and nail for the vacant berth beside me. The only other empty seat on the carriage, if not the entire train, for all I could tell. People would kill for this ordinarily. Old ladies and young children would be flung aside as grown men grappled like Grecian wrestlers. All for the Holy Grail that is sitting down on the 17:00 express.

There was no stampede, no fisticuffs, no tears or tantrums. My fellow commuters squeezed onto the carriage and stood, sweating and swaying, as the train lurched out of the station. They appeared oblivious to the empty seat, as if it had been cloaked with a shield of invisibility. I was left alone with my thoughts. Which proceeded to wreak havoc on my ever fragile self confidence. Did I smell? Nope. Exhibit an aggressive, intimidating aura? Oh please.

I was left with only one logical explanation which the voice proceeded to gleefully whisper in my ear for the remaining 24 minutes of my lonely journey. They knew. Knew what? I spluttered back indignantly. That didn’t matter. All that mattered was that they knew. I warily eyed a few of them and was met with blank expressions. Yet that was just a ruse, a ploy on their part. For they knew. They all knew. I had been found out as I always am.

I have spent most of my adult life feeling like a fraud, a fake, the odd one out. I’m more a fish in the Sahara, as opposed to a fish out of water. I’m socially awkward, find it hard to make friends and invariably was the one left standing on his own in the corner at the party. Which was why I drank to excess in order to acquire the necessary fortitude to interact with others like a normal member of the human race.

These thoughts of inadequacy and exclusion are never far from the surface of my mind. I battle them every day. Writing helps me lance and drain the boil. As does running. They purge and cleanse me of the unhealthy toxins which used to course through my veins. I constantly remind myself that I am as good as the next person, that I deserve to be where I am in life and that I can walk into a room with my head held high.

I hate selfies. I’ve written about my disdain for them. Yet I discreetly took one yesterday as I sat on the train home. For myself as much as anyone. To convince myself that I don’t have two heads or the word ‘loser’ tattooed on my forehead. To convince the voice that I’m just an ordinary commuter in a suit, no different from the thousands of others who shuttle in and out of the city every day. I am me and that is enough.

Tomorrow is a new day. I hope I get a seat. I hope even more that someone sits beside me. I promise to spray on extra deodorant and not initiate a creepy conversation with them as they studiously attempt to ignore me. But even more than that I hope I get the chance to show the world that I’m a better person than the one the voice tries to convince me I am. I hope, I hope, I hope. Sometimes that is all I can do.

Would you sit beside this man on a train? I promise not to read over your shoulder.

How do you combat anxiety and doubt on public transport? Or in any social setting for that matter. 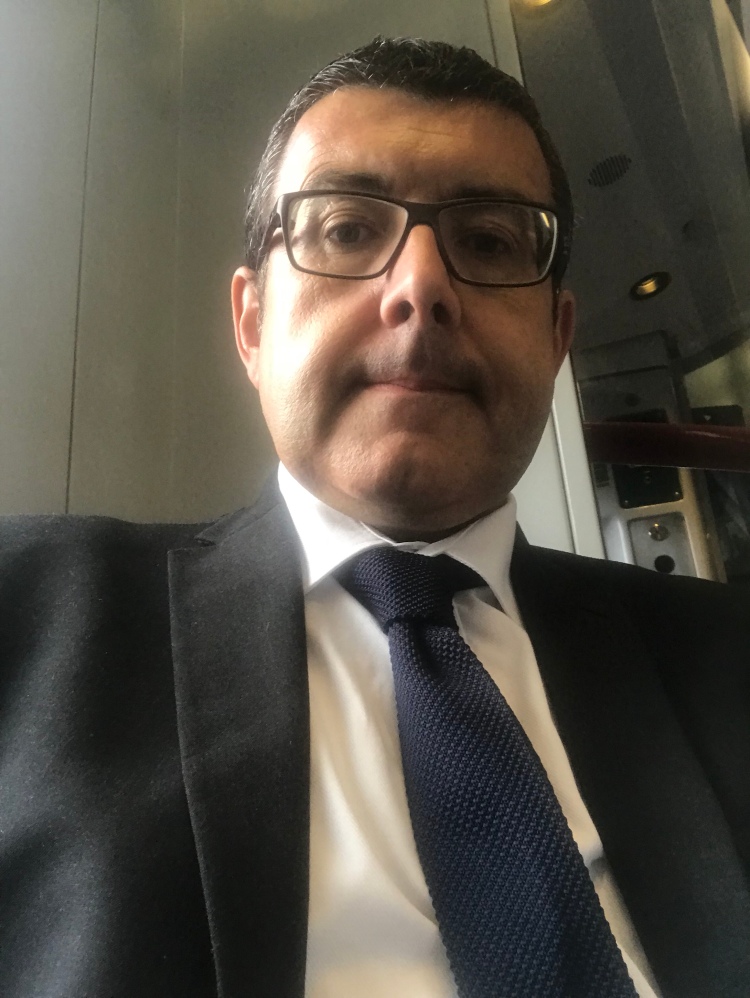 113 thoughts on “Would You Sit Beside This Man On A Train?”