I’ve often taken refuge within the pages of a book. During some of the darkest phases of my life I have galloped through the night, before gratefully clattering across the torchlit drawbridge and dismounting within a courtyard of words and chapters. On all four sides, paper walls have towered comfortingly around me, as impenetrable as stone and steel. I am safe, untouchable, alive.

As I near the completion of my first novel, I also near the year mark in its genesis and evolution. Yes, a year ago the name Kirkwood Scott popped into my head, swiftly followed by that of his nemesis, Augustus Skelly. Well, I say popped into, but truth be told they were always there, just waiting for the opportunity to step forward and formally introduce themselves to myself and the (still) waiting world.

These characters and their adventures have possessed me since then. I have been the conduit through which their stories have evolved. The process has been excruciating at times, but now here I stand on the cusp of recrossing the castle drawbridge and revealing my labours to the big, bad world. It’s a terrifying process and one I have very mixed feelings about.

Part of me is excited to see what happens. But a growing part of me dreads it. My skin is too soft to endure the inevitable criticism and rejection that will follow. Part of me just wants to shove the manuscript in a drawer; something to dig out for the grandchildren in years to come. I’ve done what I set out to achieve – I’ve written a book. The path from here seems too treacherous, too hilly, and utterly beyond my means.

Improbable. Impassable. Impenetrable. These are the words that sit heaviest on my tired shoulders. I sit with pen poised, about to sign terms of surrender as my enemy leers over my shoulder, rubbing its clawed hands in gleeful anticipation of my capitulation. But then I think. I think back to the times I have hidden within the pages of a book, concealed from the storms of life, battering me on all sides.

And I think, what if that book had never been written? What if the author had given up and hurled the manuscript into the fire? What if Tolkien, King, Lewis et al had never allowed their fantastic creations to see the light of day?Where would I be? Where would so many of us be? It doesn’t bear thinking about. I need the written work almost as badly as I need water and oxygen. Reading and writing are akin to life itself.

In today’s fast food, abbreviated, hyper linked world we still need books. 140 character tweets are not enough for me. I need substance, depth and texture. I desire to spend time within the comforting confines of well crafted, structured prose. I need to amble along verdant banks as its waters meander lazily through the meadows of my mind. I need time away from the million mile an hour car crash that we call life.

I know, from connecting with other bloggers, that I am not the only writer consumed by this aching need. We have sought sanctuary all our lives between the covers of a book. Now, we seek to carry on that tradition. To build new strongholds, towering about the mundane, featureless landscape of modern living. We are the architects who have taken the baton from our literary forefathers. We must build. We must create. We must offer respite.

Have you ever hidden within the pages of a book? 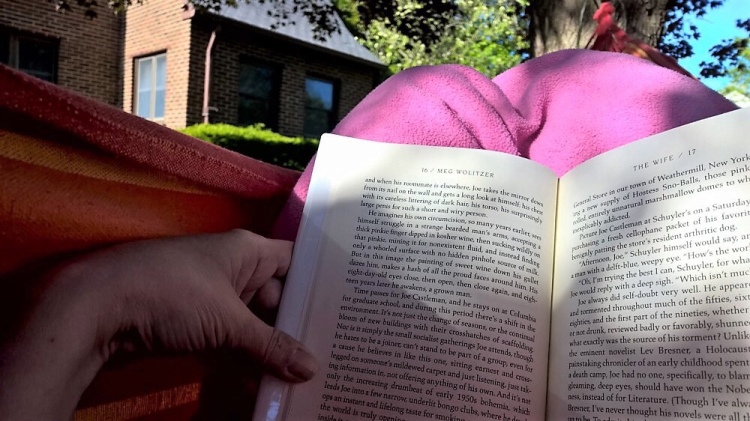 44 thoughts on “If You Could Hide Within The Pages Of A Book….”