When I was at school, and Queen Victoria sat upon the throne, I had a very grumpy English teacher called Mrs Hume. I felt sorry for Mr. Hume if she was as grumpy at home. Mrs Hume was a well balanced woman. She had a chip on both shoulders. Life had dealt her a poor hand and, instead of writing bursary winning poetry at Harvard, she was stuck in a freezing cold portacabin in rural Northern Ireland.

All the other English teachers had spacious, warm classrooms in the main school building. Not so, Mrs. Hume. Her portacabin was drafty and cramped. In the winter months it resembled a Siberian concentration camp, only less friendly. Mrs. Hume never took her coat off and sat huddled in it at the front of the classroom, rolling her eyes at our excruciatingly bad analysis and interpretation of Shakespeare, Chaucer and D.H. Lawrence.

After two years of her acerbic feedback and pithy asides, a miracle occurred; or rather, two miracles. Firstly I obtained an ‘A’ grade in my ‘A’ level English Literature; and secondly I survived two winters in that portacabin without losing any of my extremities to frostbite. Armed with my certificate and a fully functioning set of digits I set off to university where I, of course, chose to study….er….Modern History.

I often wonder how my life would have turned out had I decided to pursue an English degree. Perhaps, nothing materially would have changed. Or we could all be speaking Russian or have grown tails or something. What is certain though is that, beneath her barely contained contempt for the human race, Mrs Hume was doing something right. For, otherwise how could I have achieved the grade that I did. The woman could teach.

The one lesson she consistently hammered home was to avoid using lazy language. Words like ‘nice’, ‘fine’ and ‘good.’ Including them in one of your essays would awaken a dark, primal rage within her which ensured you never did it again. She, in her own cantankerous style, encouraged us to embrace and explore the English language. She demanded passion, vitality and expressive thinking. Describing Tennessee Williams as ‘good’ didn’t quite cut the mustard with her.

If you hang around Christians for any length of time, you will hear that stock phrase rolled out. It’s up there with ‘I’ll pray for you’ and other such cliches. God is Good. Is that the best we can manage? To describe the Creator of the Universe, the omnipotent, omniscient power behind everything we know. Who sent his son to the Cross to wipe clean the slate of sin for all eternity. Oh that was nice. That was lovely. That was good.

Saying God is Good isn’t good enough. Which is why he told Moses to call him ‘I AM.’ We can do waaaaaaaay better than good, but at the end of the day our tiny brains are utterly incapable of putting into words who or what God is. We don’t even understand a fraction of what is going on in our universe, planet, let alone our own bodies. We are stumbling about in the dark, half the time. I respect those who hold agnostic or atheist views. But do they know for certain? Are they 100% sure? Really?

Christians can be so lazy and I’m the worst offender. We are saved and think the hard work is done when, the reality is, it’s only just begun. It’s not fluffy and comfortable; it’s a bloody, brutal unforgiving war against a cunning, determined enemy. We need to work harder, think smarter, do better. Good is not enough. God isn’t good, God is God. Recognising that is an important, hard earned lesson. Thank you Mrs. Hume for teaching me about it.

What are your views on lazy language?

What words would you use to describe God? 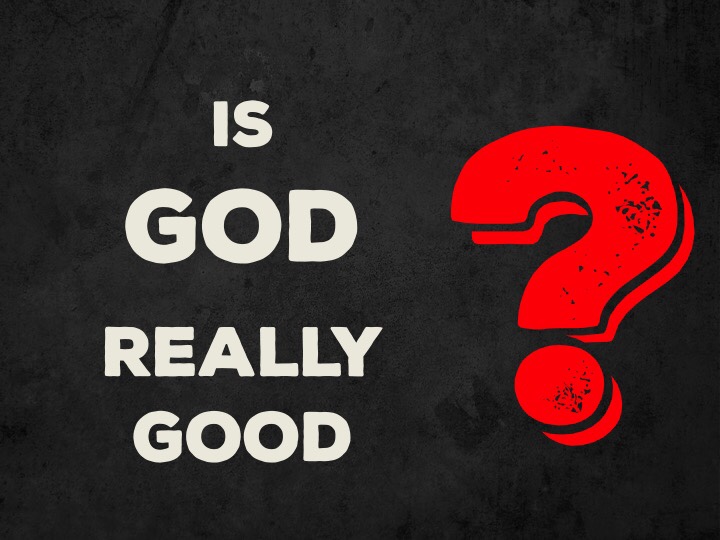