Now that the book is written and nestling in my editors inbox, I’ve been twiddling my thumbs about what to do next. Well, that’s not strictly true as it appears writing the actual novel is only the tip of the iceberg. I’ve now entered the wonderful world of submissions to literary agents. Which brings me to the title of this post. I’ve started to follow a number of them on social media. Because, it appears, that is the ‘done thing’ to do.

In the New Year, I will start to submit the manuscript to a number of these agents. Between now and then, I need to draw up a shortlist, agents who are seeking the type of book I’m pitching. There’s no point singing the praises of my urban fantasy book blockbuster to someone who is only interested in period romances. It’s like trying to hammer a round peg into a square hole. With a lettuce leaf.

Most of these literary agents hang out on Twitter, so I’ve set up an account to study them in their natural environment. I want to learn what they’re looking for, who they already represent, what colour their underwear is, stuff like that. Ok, I made the last one up, but you never know when such information can come in handy. At the end of this process I should have a list of agents who I can approach.

In a past life, I had a Twitter account with 8500 followers. This was during a particularly bleak period of my life when I was more interested in likes and follows than I was in what was going on around me in the real world. So, it is with some trepidation that I am returning to the world of the little blue bird. It brings with it some memories I would rather not revisit. Yet, here I am.

Seems, not much has changed. A lot of tweeters still post religiously requesting retweets, follows and er…..little else. I’m giving such people a wide berth, seeking to focus on legitimate authors, agents and publishers who all share a love of the written word. I have a grand total of 102 followers! Not quite the dizzy heights of 8500, but I’m happy so far with the niche I’ve carved. I’m focusing on quality, as opposed to quantity this time around.

Now, WordPress is an entirely different social media beast from Twitter. From my experiences to date. bloggers appear much more genuine, supportive and dare I say it….real. But the 8500 figure has always bothered me, increasingly so as Fractured Faith nears 8000 followers itself. I don’t want to get dragged into past mistakes I made on social media. Following people, just for the sake of it.

I care about my followers now, and I want to conduct myself online in a manner where I interact with fellow bloggers for genuine, as opposed to shallow, reasons. I see blogging and the book as a pathway to a better life, as opposed to the drain hole I was being sucked into in my Twitter heyday. I want to construct a future, where previously my destructive urges held sway.

I’m back stalking the Twittersphere but in an entirely different guise. I slip, I stumble, I get horribly lost, but I refuse to give up. I refuse to give in. When my son loses a rugby match, he comes back fitter and stronger for the next game. I’m aspiring to be the same, but with less mud and bruises. Look out literary agents, I’m coming to get you. And no restraining order is going to hold me back this time.

Why do you have a social media presence? 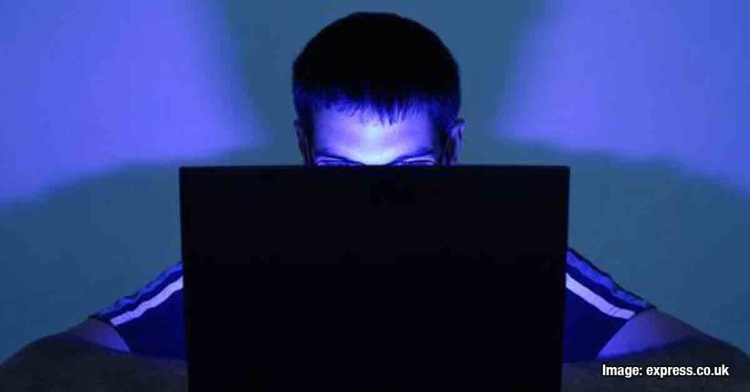