The more eagle eyed of you may have noticed I haven’t posted a running blog in some time. Well, that’s because I haven’t been running. It’s been two weeks now due to an illness which has made climbing the stairs, let alone marathon training, an ordeal for me. I’ve been lethargic, listless, exhausted and no matter how much I sleep, have been unable to shift the symptoms. To use a medical term, I feel rubbish.

I struggled during the summer of 2017 with a similar ailment. Doctors poked and prodded me, but seemed none the wiser as to what was the cause. Two courses of antibiotics failed to clear matters up, and I routinely informed enquirers that I’d picked up some mystery bug. I resigned myself to feeling lousy and soldiering on as retiring to my bed for the remainder of the year was simply not an option.

I continued to run, but my times were a minute a mile slower than normal. In the end, my doctor took a blood sample which revealed a folic acid deficiency. This impacts upon the production of red blood cells, which we rely on to carry oxygen around our bodies. Without the sufficient levels of folic acid, the body lapses into a state of fatigue. Which was exactly how I was feeling.

I was prescribed a folic acid supplement and, within weeks, was feeling much better. It took another few months to regain my running form but by the end of 2017 it was all systems go again. Until this month, when I have been struck down with exactly the same lethargy. I told the doctor as much when I returned to the surgery on Christmas Eve but they cannot prescribe anything until fresh tests are run.

I phoned the other day to get the results. The receptionist rather cryptically informed me that they had come back clear, bar my folic acid levels, which they wanted to test again. The earliest they can see me, though, is 7th January. Until then, I remain in limbo, unsure as to what the problem is, and unable to access the medication I need to resolve the issue. To say I’m frustrated is an understatement.

My energy levels have slightly improved since Christmas but I have been taking it very easy and haven’t taxed myself. The furthest I’ve walked is to the freezer to get another bowl of honeycomb ice cream; which has bolstered my morale but also, unfortunately, my waistline. I miss the physical benefits of running, and wallowing at the bottom of a biscuit tin is not where I want to be.

The mental benefits are even more important to me. Running purges me of the negativity and ‘stinking thinking’ which used to hold court in my head. In order to maintain reasonable levels of self-belief, I need to be running. The physical exertion is painful but nothing compared to the mental anguish which distance running helps prevent within me. There’s also the small matter of my scheduled 10th marathon in May.

I received a lot of lovely gifts this Christmas, but I’m going to be greedy and ask for one more. Santa has returned to the North Pole and it’s a bit early for the Easter Bunny, so I’d appreciate your thoughts and prayers to get me through the next week so these new tests can hopefully get to the bottom of my present malaise. All I want for Christmas are my blood results. It’s not much to ask, is it? 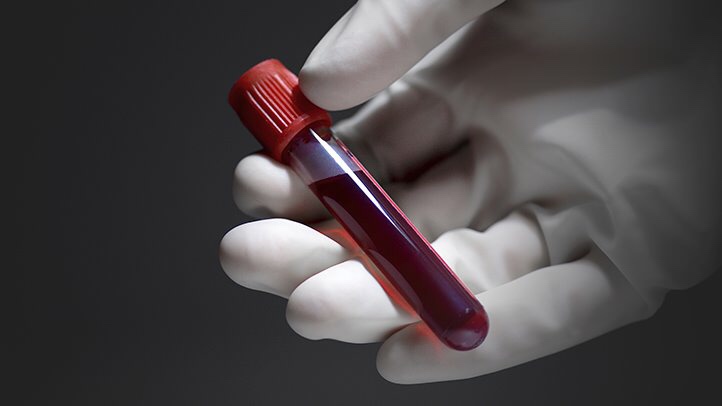