Our dog, Charlie the border terrier, isn’t the sharpest tool in the box. Every morning I fill his bowl with fresh water, and every morning he and I enact the same routine. He pads over to the bowl, sniffs at it and then rewards me with a withering glare, before sulking in his cage for the remainder of the morning. If looks could kill then I’d be halfway to doggy heaven by now. Charlie doesn’t do tap water.

I’ve no idea why as it’s perfectly acceptable tap water. Good enough for the human members of the household. Perhaps he’s just not thirsty, I used to think. Or his sensitive canine palate will only accept Evian sparkling H20 from the purest Alpine springs. His father was a pedigree so maybe that’s where his culinary pickiness comes from. Possibly there’s a bit of corgi in his family lineage.

Given this, I was surprised the other day to find him slurping noisily from a plant pot in the back yard. It had rained heavily overnight so the saturated soil in the pot contained a good few inches of dirty rainwater. Dirty rainwater that our Charlie was gulping down at an unprecedented pace. It was as if he had just crossed the Sahara Desert and was on his last legs. Paws. Whatever.

When he was finished, he ambled past me with a smug expression on his face, his thirst quenched. Can dogs look smug? He trotted past his bowl of clean, cool tap water without a second glance. Here was a dog who knew what he liked and no dumb owner was going to stand in his way. I initially dismissed this as a one off but have since caught him a number of times lapping up muddy water from the back yard.

It doesn’t appear to have affected his health. He’s still a bouncing ball of energy and his all consuming hatred of neighbourhood cats and our amiable postman, Tony, remains undiminished. He just has a preference for al fresco dirty water. Maybe, somewhere deep within his admittedly tiny brain, it is the same primeval beast within which still makes him circle ten times before lying down.

I used to be like Charlie. I had a loving home and family, everything I needed on tap. Yet I preferred spending my nights at the bottom of a pint glass or talking online to complete strangers. I turned my nose up at the pure refreshment on offer for my soul and wallowed in self pity and shame. A physically and mentally unhealthy mess who was more interested in his Twitter followers than his wife and kids.

I’m glad that those times are behind me now. They say you should never look back but sometimes it does no harm to peek over your shoulder to see how far you have come on your journey. We often forget to reflect positively on what we have achieved, instead becoming overwhelmed by the present and what yet lies ahead of us. It is our past conquests where we attain the strength and skills to forge ahead. Our past arms us for the future.

When I get home tonight, I may sneak Charlie an extra biscuit for teaching me an important lesson today. For a dog, he has a pretty comfortable life. I’ll allow him his back yard forays to the dirty plant pot knowing that I now drink from a well of living water. Everyone has the opportunity to sip from this well, yet it remains the less traveled path to so many. I’m glad I made the right choice in the end.

Have you got a pet? What lessons do they teach you?

Have you drank dirty water in the past? Where are you now on your journey? 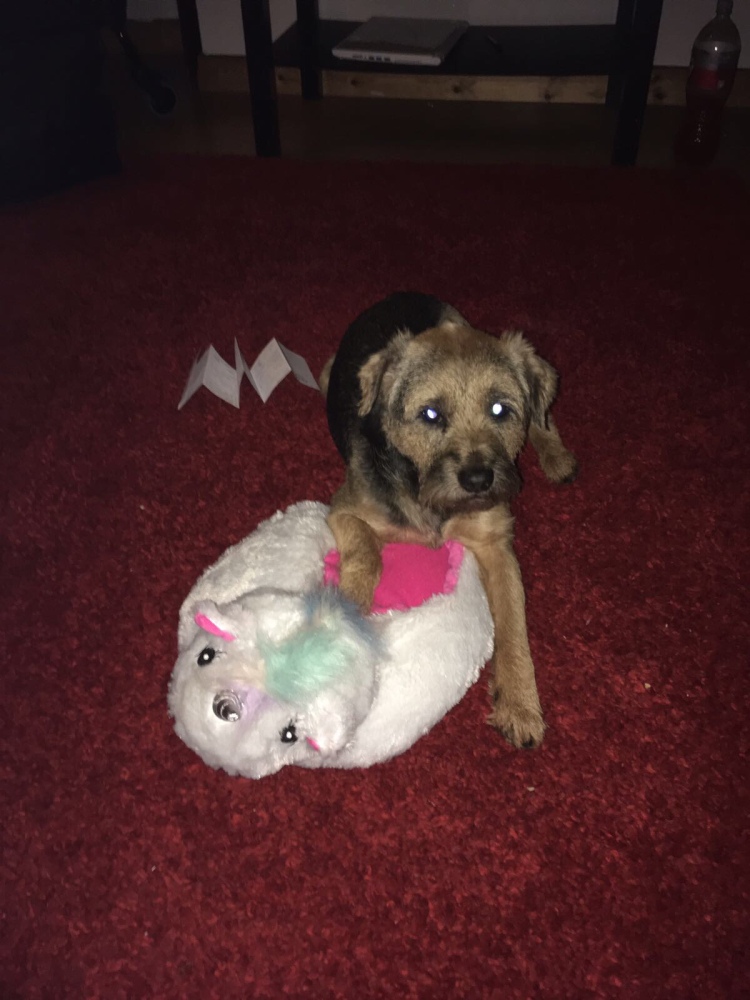