Oh good….now that I’ve got your attention I’ll begin.

I’ve just finished reading ‘How To Stop Time’ by Matt Haig which I highly recommend to you all. Haig writes a lot on mental health issues but is also an acclaimed novelist. The book tells the tale of Tom Hazard, who on the surface is a very ordinary forty something History teacher leading a very ordinary life in London. Except he isn’t. Tom has an incredible secret. He is almost 500 years old.

Tom was born in 16th Century France and stopped ageing at 13 years old. Well, I say stopped but that’s not strictly true. He does age, only much more slowly than you or I. For every 10 years we age, he ages one. When he’s 300, he looks around 30, and so on. He has lived numerous lives around the globe, always staying one step ahead of suspicion and rumours regarding his youthful appearance.

Tom’s longevity means he plays the lute at the Globe Theatre when hired by William Shakespeare. He discover new lands as part of Captain Cook’s crew and parties in Paris with F. Scott Fitzgerald. He never gets ill and doesn’t have to worry about grey hairs or wrinkles. He is immune to the toll that time takes on the rest of us. He is invincible, untouchable, the nearest thing to a superhuman on the planet.

This sounds like an incredible existence except, again, it isn’t. Tom is something of a social pariah, a fugitive from society. His mother is drowned by witch hunters who suspect she has cast a spell on her son. The love of his life ages and then succumbs to the plague in Elizabethan London. He is unable to form meaningful relationships or become close to anyone. His life is a lie, a lonely lie.

The fear of growing old is called gerascophobia, derived from the Greeks words ‘gerasko’ (to grow old) and ‘phobia’ (fear). I googled that, in case you think I’m a smarty pants. But I’m glad there’s a recognised term for the condition, as I think I may suffer from it. Increasingly so, of late. I constantly feel as if my ship has sailed and I’m running out of time. It’s frustrating and more than a little frightening.

I’m 48 years old. I like to think a young 48, both physically and mentally. People tell me I don’t look my age, whatever that means. I’ve a full head of hair and (most) of my own teeth. I’m fitter than I was when I was 18, or at least was until perpetual illness plagued me since Christmas. That has put the marathon training on hold and I’ve consoled myself at the biscuit barrel.

I don’t want to be Tom Hazard. He has centuries of old age to not look forward to, but if someone offered to rewind the last 10-15 years or so, I’d more than likely jump at the chance. Or would I? Yes, I would relive those years very differently but then I wouldn’t be the person I am today. And for one who fears the sands of time then why do I continue to wish my life away when it comes to so many aspects of it?

Nobody in the history of mankind has lived a perfect life. We all have made mistakes, carry regrets and eye the future with trepidation. What lies ahead? Is it all downhill from here. We fret over our futures, and ponder over our pasts. In doing so, we forget the most important time of all. The present. For that is where we are and that is where life is lived. Live in the present. The future can wait.

Are you afraid of growing old?

Where is your present? 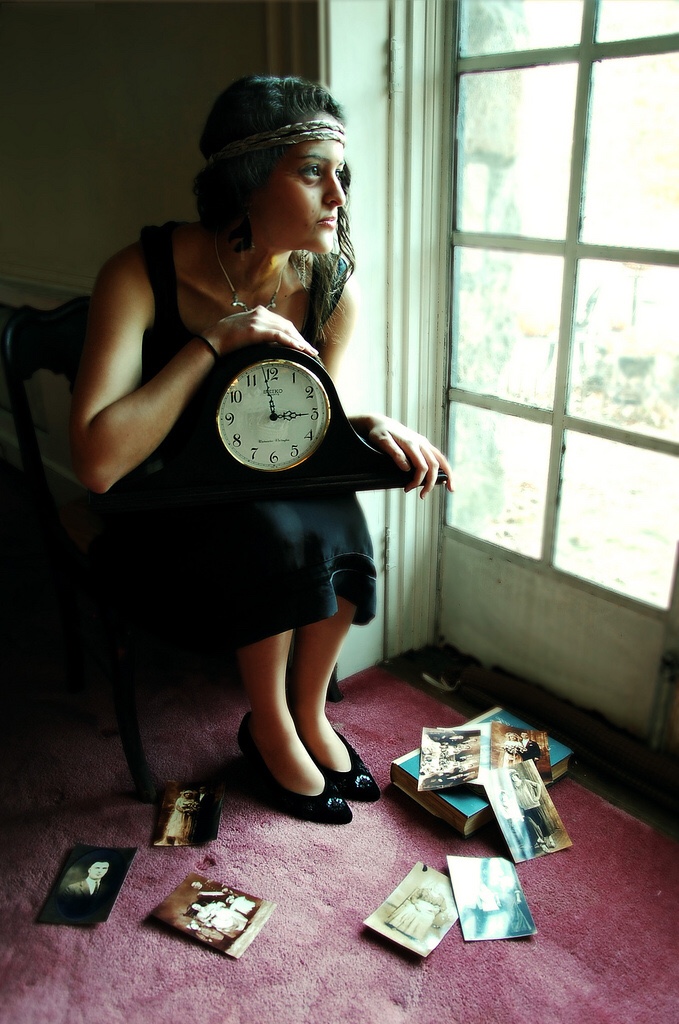 44 thoughts on “Are You Gerascophobic?”