I’m very aware I ramble on about the extremely unpublished book I’ve written yet very few of you have read a sentence of it. I think it’s quite good although, to date, the literary agents I’ve been querying would beg to differ. The road to publication stretches into the distance with no likely end in sight. In the meantime, you are all stuck with my daily outpourings on this blog.

Such outpourings are of an entirely non fiction nature. My life, fascinating as it may seem to some, is actually very ordinary and there are days I struggle to cook up original content for the daily post. I’ve even thought some of my recent output has been a bit ‘samey.’ Is that even a word? So I’ve been thinking of ways I can post some of my fiction writing online for you to peruse.

I’m currently tinkering with the opening chapters of ‘The Kirkwood Scott Chronicles: Skelly’s Square’ prior to continuing on my querying quest. But I’m also planning to start work on Book 2 in the KSC series, tentatively titled ‘Paths of the Dead.’ I also have ideas for a number of other projects which I’m thinking of releasing online in serialised format. That way, people get an opportunity to see my work.

The two pieces I have in mind are ‘Bomb Girl’ and ‘Our Troubled Land.’ The first tells the tale of Adriana Hennessy, a very ordinary girl with a very extraordinary story – born at the second of the most notorious terrorist attack in Northern Irish history. Adriana grows up a beacon of hope and media darling. But she holds a dark secret, a secret she must confront and overcome to prevent an even greater tragedy befalling her home town.

‘Our Troubled Land’ is a post Brexit, post United Ireland, post everything dystopian story set in a country where all social order has broken down and chaos reigns. A group of young people battle to survive and forge a life worth living. Until a traumatic incident forces them to return to the place nobody wants to go. The most dangerous place on Earth – Belfast 2089.

I’m currently researching online platforms where I can work on these projects, allowing those who want to access to them and provide feedback if they wish. It’s a vent whereby I can release my creative juices and continue to hone my craft. At the end of the day all I want to do is write. I’d be grateful for any thoughts you might have on the above ideas. Hopefully they will see the light of day in the not too distant future. 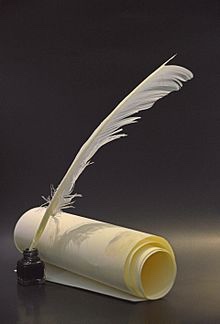