I spent a bit of time last night drawing up a study timetable for Adam’s GCSE exams which begin in May. These are very important and will largely determine his educational path for the next few years. If he does well he can move on to study A levels, which he will require in order to get into university. More important than rugby, even. There I’ve said it, even if it was through gritted teeth.

Adam is a bright young man but, like most teenagers, he’s not the most organised. Which is where I come in. If it was left to our son, he would probably leave his studying until the last minute and then sit up all night, desperately cramming. To avoid that, I devised a study schedule spread out over the next two months, which allots specific hours each day to revision.

Each of the ten subjects he will be sitting examinations for is covered by the timetable, with additional hours for subjects he isn’t that keen on. Like French. Yuck! And Physics. Double Yuck! It’s weird, but I struggled with the same two subjects at school while I also excelled at Adam’s favourites – English, History and Geography. Like father, like son you might say. But it’s about the only thing we have in common.

Adam is a rugby star while I was rubbish at it. He’s popular and funny, the class clown. I was an utter nerd who spent most of his school career trying to keep as low a profile as possible. I’ve no doubt he will be fighting off the girls in the years to come. I don’t think I spoke to a girl, other than my sister, before I was 18. Even then, I was a largely girlfriend free zone until Fionnuala finally took pity on me.

The timetable is aimed at keeping Adam on track and allowing him to perform to the best of his abilities, come exam time. We know he has the intelligence and ability to do very well. I can’t sit the exams for him but I can do my very best to prepare him for them. The same goes for Hannah and Rebecca who I’ve coached through Geography and French tests in recent weeks.

I spent a good part of my adult life off track. I can’t blame this on my parents who were largely unaware of my antics until it was too late. I didn’t come completely off the rails until after my father’s death. Thankfully I had people around me who dragged me kicking and screaming back onto the right path. I don’t want our kids to wander down the dark alleys and dead ends I used to traverse and will do everything in my power to prevent that from happening.

If I were to list Fionnuala’s parental strengths then I would still be writing this blog in a month’s time. She is a brilliant mother and superb role model to them all. I chip in where I can and try to be the best father I possibly can. If that means getting frozen to the bone on rugby touchlines and designing tortuous study timetables then so be it. I’m your man. Parenting is a never ending learning curve

Adam may despise me in the weeks ahead as I nag him mercilessly regarding his studies. I will undoubtedly have to play the bad cop role at times, one which never sits comfortably with me. But I hope, when he gets his grades in the summer, he will realise I did it with the best of intentions. As Fionnuala occasionally reminds me I’m their father, not the their best friend. Which now and again means laying down the law. Even when I don’t really want to.

Can you play the bad cop?

How effective are you at laying down the law? 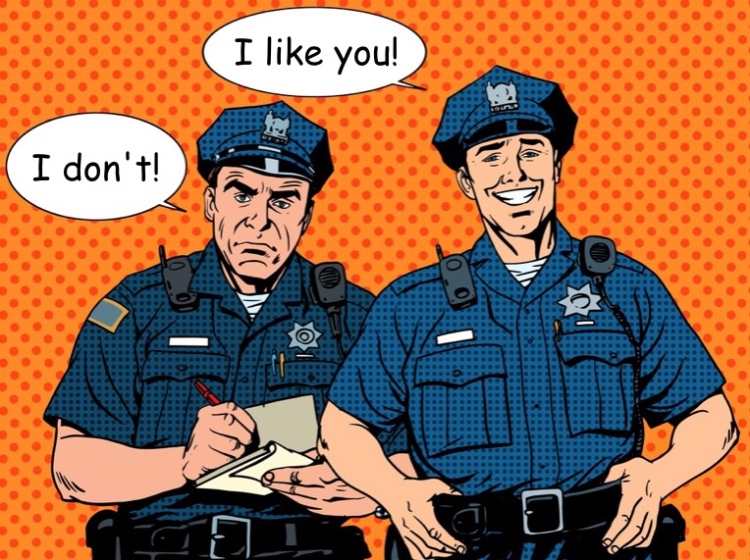 38 thoughts on “Playing The Bad Cop….Badly”