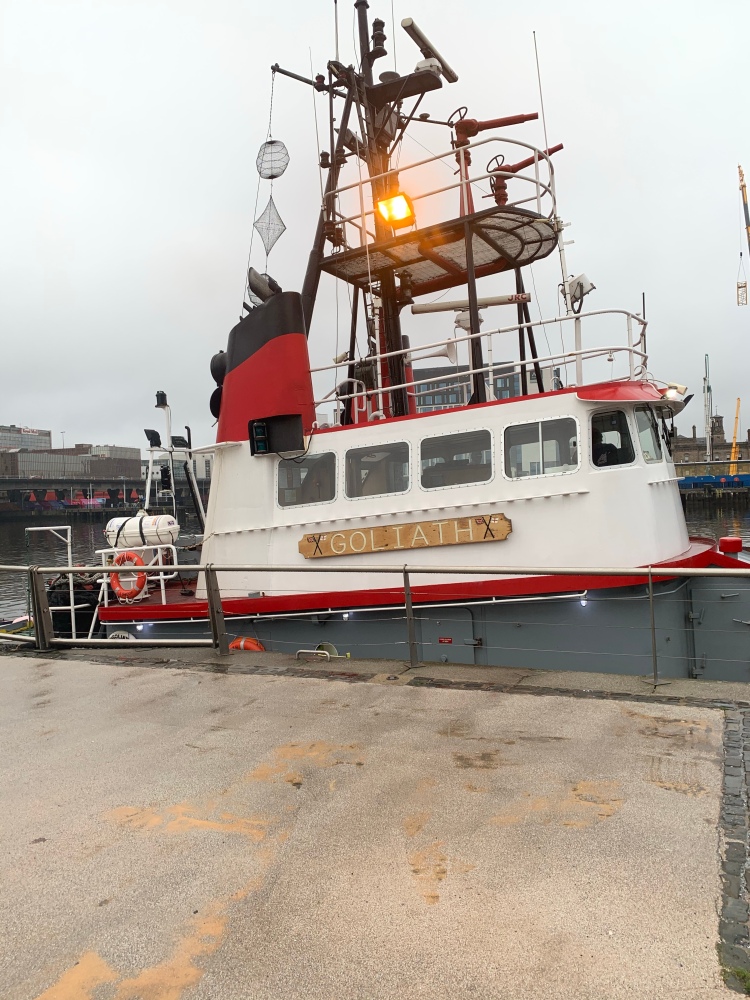 On recent lunchtime runs I’ve noticed this little tug going about its business on the River Lagan, usually pushing or pulling much larger barges in and out of the harbour. It may be small but it’s certainly a powerful vessel that punches well above its weight on the waves. It was apt, therefore, that it sported a big name to match its big workload – Goliath. I’ve been so impressed that I stopped to take a photo of it today while catching my breath.

Everybody knows the Biblical story of David and Goliath, with much of it focusing on the former. But calling a boat ‘David’ doesn’t quite have the same impact, does it? It’s a story, though, of an underdog triumphing over seemingly impossible odds. Everybody loves an underdog, well I know I do. It goes with the territory when you are a Redskins fan. We are underdogs against everyone we play.

As I huffed and puffed past Goliath I could relate with the underdog story. Seven years ago I stood on the verge of losing it all. My family, my friends, my sanity. But I buckled down and, like little tugboat Goliath, rolled my metaphorical sleeves up. I slowly began to sort out my physical and mental health, prioritised the people who mattered and started to turn things around.

You might feel like giving up today. My advice – don’t. You can recover, you can start again, but it’s going to take a lot of hard work. There will be pushing and pulling, huffing and puffing. But like me, and my nautical friend Goliath, it is possible. Scaling Everest always starts with a first step, then another, and before you know it, you’re standing on the summit planting your victory flag. Start today. Commit. Take the first step.